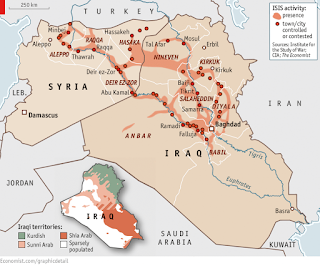 Perhaps every generation has their moment in which the ideological terrain abruptly shifts, and tomorrow feels different than yesterday. Growing up my parents would occasionally describe the JFK assassination with precise clarity. When Challenger exploded I was unaware of the disaster on the television several feet away because I was too young to notice but it certainly affected others.

When the first plane hit the World Trade Center, I was 19, in college and helping my professor dispose of used plaster from a sculpture class. Someone shouted, we went into the hallway and watched the next plane hit the second tower on the television.  It was difficult to understand.

Weeks prior I had purchased a ticket to soon fly to New York and it was with hesitation that I boarded the plane in late September. The flight was nearly empty. Two hours later we passed over the city and I could see the smoldering debris of the World Trade Center below. Walking the streets, the city was quiet and the air tasted like burnt dust. I intentionally wanted to avoid lower Manhattan, but walking around late at night, I got lost and searching for a subway entrance, I wandered into ground zero.  Smoke rose from the ruins while workers combed the rubble.

Ten years later I was living in Afghanistan, teaching at a university, advising ngos and city governments, and traveling to other conflicted states to work on similar problems of urban conflict and reconstruction. By that time I had already lived elsewhere in the Middle East and North Africa. I could speak a couple different languages in multiple dialects. Everyday I tackled issues of youth militarization, forced displacement, and extreme poverty. I did my best to apply the mundane insights of urban planning and design to the world's most challenging problems.

My friends were no different. We all studied foreign languages and earned multiple degrees in middle eastern studies, economics, law, social sciences, and history. Some of us joined the military, some of us worked alongside it, and others moved into humanitarian relief and development. We found no reason to fear Islam or those different ourselves but discovered the joy of difference and we indulged those cultural identities to inform our own. Regardless of what we chose or discovered, we all left our homes to travel and live in foreign communities to understand the root causes of terrorism, hoping to unravel the strands and in some way lessen the brutal consequences of global market failures. We all sought an understanding.

Some of us took additional steps to plant ourselves into the center of these problems so as to be truly effective.  We spent years without consistent access to running water, working toilets, or proper heat in the winter. We experienced deep trembling fear as bombs exploded in eyesight.  We laid on the floor as bullets ricocheted and spent days locked in steel paneled rooms. We found these moments both terrifying and addicting because those places and people that once constituted home now felt boring and static. In contrast, we were on the edge of living. Between the hardest moments we indulged in ridiculous parties with contraband booze to blow off steam and make ourselves feel like normal human beings. On occasion we fled to an exotic beach to spend our hard earned money on any distraction that will make us feel reconnected to the world we once knew. We pushed every moment to the threshold of human experience.

Our lives were saturated but not sustainable. We found ourselves increasingly estranged from our families who were incapable of understanding our lifestyles. We found ourselves alienated among everyone but each other and new relationships became challenging as we quickly brushed off anyone that didn't measure up to our unique expectations. Most people do not.  In the meanwhile the pools of money have dried in many hotspots, leading to less jobs, less people, and less parties. The risks seem less manageable.

One by one we have found ways to cope and change. Most of us have quit our jobs and perhaps found another place to live. Some of us spent too much time in the deep and our choices have made us unemployable in our own professions. If you spent five years in Iraq and try to find a new life in Washington DC, you will be surprised to find yourself overlooked. Some of us are so deep that we have dropped the career goals but have remained in Kabul or Baghdad or Peshawar because we now feel that we belong there.  A few of us have managed to better adjust than others, but none of us have gone back to the homes where we started, or want to.  We have instead found relief in making a home somewhere else. Some of us are working as english teachers in Qatar. Others have returned to school for PhDs and many are struggling to make a decision. Some of us run successful consulting companies. But none of us have a desk job.

We have changed our paths not from lack of caring. Watching the rise of the Islamic State on television we are stricken with deep fear and worry. These problems are not distant, but are connected to our lives and are personal. We believe in a moral imperative that something must be done because we know what happens, how it happens, and the imminent future if nothing is done. Because we actually know the problems, we are also the most afraid.

But we are the 9/11 Generation and we are exhausted. We will not likely be a remembered generation for our efforts and our losses. People will accuse us of being colonialists rather than empathizers and technicians. While rightly we honor the sacrifices of soldiers there will be no monument for my friends who died working as teachers. We do not have an Allen Ginsberg to write about us or a Jimi Hendrix to rewrite our anthems. We listen to the same outdated Katy Perry songs and read the same terrible airport novels as everyone else.

And now as we step out of one life and into another, we watch the rise of ISIS on television and we despair.  Having dedicated over a decade to these same problems, we understand where it comes from and how it functions. We know the history of caliphates and modern jihadism. We understand what the guy is saying on the radio before the translator chimes in with a softer version. But this doesn't feel like our war. We are not rushing to confront it because we have already given ourselves. We are uncertain if we can give more. We are uncertain if there is anything else left to give.
at February 25, 2015