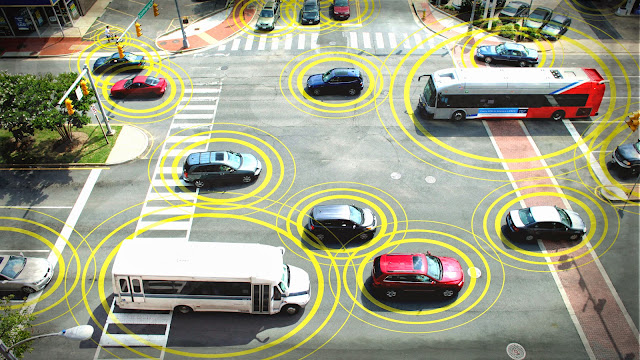 Advancements in technology do not necessarily lead to improvements in society.  Social policies created in response to technology might generate social safeguards but do not always promote social benefits. While we can witness technological developments with delight, we must take a moment to ask ourselves, what kind of future are we creating?

Just last week the US Secretary of Transportation described an infrastructure deficit, not only in terms of existing infrastructure, but also as a lack of planning for future needs. Around the same time the Consumer Electronics Show displayed an array of emerging automotive technologies. Companies ranging from Ford to Mercedes revealed concept cars for autonomous vehicles to roll out in the next few years. Using multiple LIDAR sensors, GPS, and new interior configurations, engineers and industrial designers are redesigning the future of automobile transportation.

But are civil engineers and urban planners actively promoting a sufficient infrastructure to accommodate new use patterns.  To some extent, yes. Much discussion was prompted when IHS released a study speculating that autonomous vehicles will dominate the landscape by 2035.  Some economists speculate that congestion and fuel use will increase. There are even proposals that traffic tickets will be reduced and proposals that cities will be configured around changes in parking, density, and speed limits. It is also thought that changes of car ownership and use will change, such as operating buses more like trains.

It is clear the urban landscape will need to be reconfigured and there are some ideas to determine what this means. Yet if we look at the bigger picture, what are we working toward? What is the future we are constructing? In a city with less traffic tickets or city parking, how will taxes change? If buses are so streamlined, then does the freedom of private car ownership become reserved only for the wealthy?

The present planning and development trend of speculation on social robotics is insufficient because it relies upon a purely constructivist approach.  We had previous industry and technologies that resulted in todays conditions, so now we are creating new technologies in response to those conditions.  Naturally this will create a new scenario, accompanied by additional problems, and there will be a demand to innovate out of that situation into another. But to what ends? What is the end game?

In the existing approach we are saying that fuel and spatial demands will adjust in response to autonomous transportation technologies.  Yet how will this response occur in relation to existing problems such as income inequality, underemployment, poor access to health care, and poor quality infrastructure such as housing, water, and roads?  At present I see no evidence that social robotics will help the existing socio-economic problems but might do more to proliferate them.

In 2035, will only poor people need to drive their cars?  Will the price of driven cars become more expensive from reduced demand, placing additional financial burden on low-income communities? While those who now 1-2 freed hours of time per day (since they are not driving) be able to use that time for study, extended work hours, and business meetings? How will those still using their time to drive be able to compete in the workforce? Will those unable to access social robotics find their entire communities collapsing upon outdated infrastructures?  Will property values shift dramatically creating new ghettos and devastated landscapes?

What if we propose a different vision?  What if citizens and leaders took responsibility to say "In 2035 want my community to look like X?"  It takes imagination and guts to state such a declaration. Yet by setting a clear vision, it is possible to work backwards, to reverse engineer pathways to that vision and align current choices accordingly.  To backcast the future of social robotics might create a future that is more grounded in the social than the robotic.  To plan with a goal in mind, rather than through continued ad hoc remedies, perhaps our high-tech future could be a place where someone might actually want to live. Even if they can't afford it.
at January 11, 2015 No comments: