The Embrassing State of Design for Internally Displaced Populations 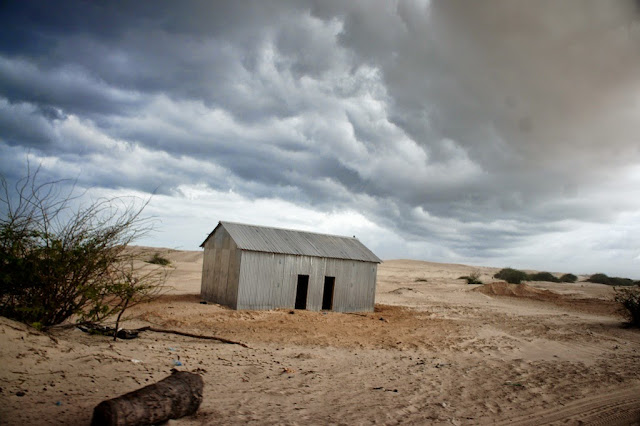 displacement is a massive problem.  In 2014 alone, over 33 million people have been forced to leave their homes and relocate to another space due to regional istability or natural disaster. According to data collected by the Internal Displacement Monitoring Center, over 140 million people have become IDPs (Internally Displaced Persons) just since 2008.  Within protracted conflicts, internal displacement continues dominate the ability to create stable economies and effective security.

If we accept the dominance of internal displacement, and perhaps even accept that it cannot be prevented, we can begin to investigate gap-reducing measures to improve the quality of life among IDPs.  IDP policy is a frequent topic of conversation in the UN and is likewise a common area of intervention among NGOs.

IDP solutions remain terrible. IDP camps frequently consist of sprawling tent cities and corrugated metal boxes. They are economically isolated and dangerous. Rape is a common threat in many camps from Somalia to Haiti.

UNHCR, which as filled the IDP vacuum to provide assistance to IDPs, although it is not within the organizational mandate (and arguably overstep its bounds), consistently has pushed for camp-based solutions to IDPs as a method to quickly alleviate local burdens and build sustainable communities in the long-term.  Aid agencies argue that IDP camps are an effective measure to centralize aid distribution and provide protection.  In the meanwhile, IDPs also commonly inhabit properties illegally or join/create informal camps to enhance security and resource acquisition/distribution.

Mogadishu is no stranger to the IDP issue. There are approximately 370,000 IDPs in Mogadishu (and over a million in Somalia total)  People from throughout the provinces have located closer to the city and line the nearby road between Afgooye and Mogadishu. Thousands inhabit buildings that were abandoned during the conflict. Arguments reign regarding what to do with these people. I have previously posted my own solution to the matter, which has more or less happened informally among returnees and IDPs although without the political support necessary to mature.

Instead, the United Nations and the government of Somalia have pushed for the classic solution of forced encampment. IDPs have been rounded up and stationed outside Mogadishu, on the south-western side of the city toward Merka. When this was in the planning stage I heavily argued against this, but as nothing more than an external consultant, I did not have the power to influence. The camps were created. Displaced people who had made a temporary home were again displaced.


Just about two weeks ago I explored these IDP camps. One consisted of row after row of tents the other of metal boxes.  These were aid initiatives.  Throughout the tent city was signage for the Turkish aid organization, while the metal boxes featured signage for the Norwegian Refugee Council.  It should be noted that temperatures in Somalia are well above 37 degree Celsius (100 F). It is inhumane to force people to live in a metal box.

The housing is insufficient. The camps are located a far distance from the city to trade or create livelihoods. They are very dangerous and are equivalent to centrally planned slums. Yet this remains the "go-to" solution. Why?


Much of the reasoning is similar to the problems I recently described concerning the problems with architecture and urban planning for refugee camps.  There is a technical obsession.  Legal obstacles prevail. Interventionists have preconceptions of how an IDP camp should look and function.

There is also another layer of complexity. Local perceptions of IDPs undermine their ability to access and achieve a better quality life. Prejudices dominate. IDPs are frequently from rural areas, have had less access to quality education and lack the skills to succeed in an urban environment. They are seen as not employable, illiterate, and as parasites on the local economy. They are considered a problem - not a solution.


In contrast, IDPs can create and maintain robust economies upon a desolate landscape.  It is common for local staff within aid agencies to divert supplies for sale in informal IDP camps. Camps frequently have names, contact information, and an entrepreneurial manager. These camps might be sitting on government land, but given their ability to create productive spaces, it is questionable if their informal occupation in fact outweighs the significance of legal title - especially if no documentation exists.

Of course these camps are not necessarily safer or better than the aid agency equivalent. Countless outlets have reported on the "gatekeepers" of Mogadishu, powerful individuals who have diverted aid and operate IDPs as prisons of exploitation.  I have no doubt such places exist, but more frequently the reality is less dramatic. They are typically an attempt to create a local solution to a highly complex national problem. They are concentrations of struggle, but struggle founded on human agency and hope.

If we truly want a physical planning solution to IDP encampment, we must go beyond the conventional limits of modern practice.  We must do away with the preconditions of camp. We must stop thinking in terms of material solution, and move beyond a systems approach, into a process of systematic interactions.  It is at the concise spatial position where economic interests interact with social capital thatan opportunity is possible.

The state-of-the-art IDP camp solution among aid agencies, is not so optimistic.
at July 09, 2014