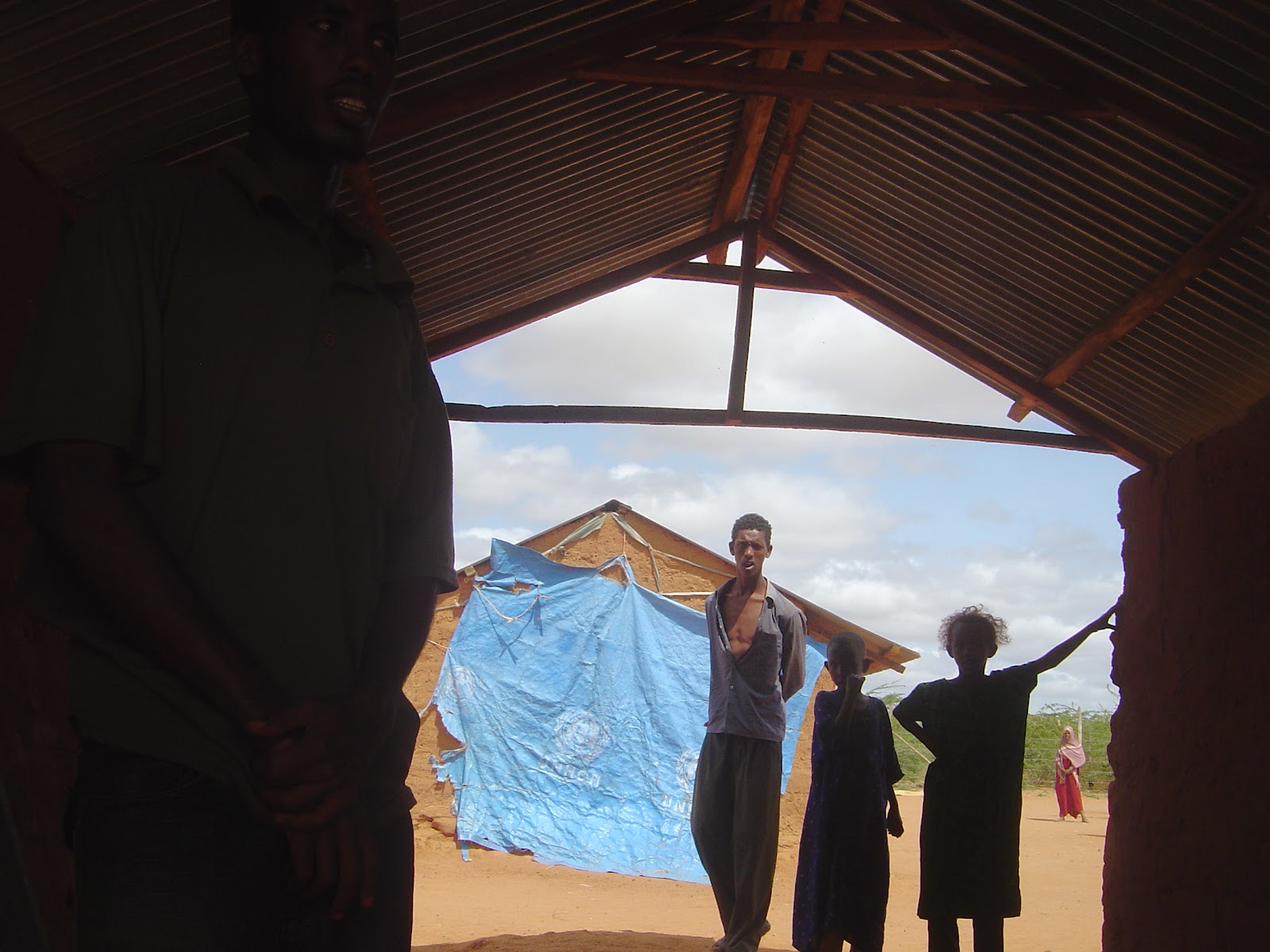 For decades our television screens have been dominated by images of ragged people, hopelessly isolated within political limbo as destitute refugees.  Movies describe refugee camps as exotic edge-of-the-earth locales full of victimized dark-skinned people.  Magazines and websites occasionally release an article on a brand new shelter technology, solar stove, or water pump that is expected to change the future of these settlements.

Although often inaccurate, there is some real world legitimacy to these images.  A decent example of the typical chaos can be found at this moment in Nigeria.  But this is not always, even often, the case. While camp conditions are often poor, there have been strides toward the improvement of camp planning, most notably in Turkey.  Many seek funding to further improve existing camps, such as found in this request for assistance to displaced South Sudanese living in Ethiopia.  But overall, regardless of funding or geography, the progress of change has been slow and grinding.  Refugee camps are an embarrassment to our 21st century civilization. While most refugee camps are not like the movies, they continue to be miserable solutions to a complex political crisis.

Why is it, with all the expertise bubbling in the world, do these places continue to function poorly?

Before I go into this, I want to highlight that dramatic improvements took place from the 1970s through the 1990s.  Up until the 1970s, the United Nations had zero interest in the African continent, but this changed as part of a general meandering toward global sensibilities over the previous decades.  Initial steps in aid and development lacked professionalism, but was the work of untrained adventurers in the global south. This is where we get the classic image of a white guy unloading sacks of grain from a truck - as if refugees need help carrying sacks.

Much of this change toward a professional model is the consequence of Barbara Harrell-Bond whose intense anthropological criticism toward UNHCR, and UN operations in general, did much to orient it toward an improved system of accountable projects by competent people. Yet while her impact has been monumental, and continues to be extended by the efforts of countless researchers and activists within refugee studies, the state of encampment remains poor.

There is no simple answer, but in terms of designing and upgrading a camp, below is a list of critical factors.  This list is by no means exhaustive. Add to this list the local conditions and political realities of a random country and conflict, then stir.

1. We must recognize that Refugee is a legal term.  Technically, before 1951, there was no such thing as a refugee but simply displaced people with no legal status.  The term acquires its legal meaning from the 1951 Convention Relating to the Status of Refugees. Notably, while a country may agree to accept people seeking asylum to provide "protection," each signatory may withhold elements of the convention. For example, if you are a refugee in Egypt, you have the right to "protection" but you do not have the right to health care, the right to education, or the right to employment because the state of Egypt has withheld those rights in its signature.  By withholding rights, a government strategically removes incentive for a refugee to remain in country.

2. Protection is define in the 1951 Convention but the operationalization is not. This is a big issue. Countries who are providing "protection" in accordance to the expectations of the legal agreement are not bound to provide a particular quality or form of protection. The language is intentionally vague so that each country may decide what protection will look like.  Ultimately, they can do as they please (more or less) aside from a few specific restrictions, such as it is unlawful to send a refugee back to the country of origin if the threat remains.  But within state borders, a state can treat the refugee however it pleases within the boundaries of it's own law.

3. The refugee laws are a response to WWII, and while displacement camps existed prior to WWII, it was only in the immediate aftermath of the war that a legal "refugee" was born into existence.  At that moment, the legal space of the refugee camp was also founded.  With populations scattered everywhere in Europe, refugees were seen as a security threat and the responsibility was thus entrusted to militaries. Militaries therefore used POW camps, prisons, and military barracks to contain, order, and redistribute displaced populations.  Military camp planning and design goes back to the Roman era, as spatial structures to maximize the needs of efficiency, not humanity.  Consequently, todays camps are designed using the same spatial structure.  A refugee camp is made to process, contain, and secure an individual. It is not a space to facilitate the expression of rights.

4. Camps are to be temporary so as to encourage the return toward home (repatriation).  This is a tricky one.  We think of camps as a way to safely help a population in need.  For example, MSF may create a camp so as to rapidly deliver much needed medical attention to many people at one time.  But protracted encampment is a different issue.  Ultimately governments encourage camps so as to isolate a population (due to xenophobia), facilitate the responsibility of "protection" (whatever that means), and to encourage repatriation.  Therefore a refugee camp cannot be nice getaway from a conflict because that incites refugees to remain indefinitely.

5. Professionals are not trained properly.  When I first went to a refugee camp, I was the only urban planner on site.  The UN engineer was trained in the UK to create UK infrastructure and the architect from Spain was trained to build stadiums and suburbs.  Now they were in the middle of nowhere Africa and told to design a new camp.  Naturally they approach it like a London suburb, unfamiliar with the deeper political and legal substructure (which inspired me to research this issue for years).  If you want to know more about why this is a problem, check out this older Humanitarian Space article on water infrastructure and conflict.

6. The idea and images of refugees and camps as sprawling 3rd-world slums presupposes the actions taken by stakeholders.  Consequently, we reproduce the same systems over and over again, creating more 3rd world slum refugee camps because we have an idea of what they look like and how they function separately from normal society.  I'd argue that the current camps in Turkey for Syrian refugees are the closest thing to a normative planning structure to emerge. Note that those camps are entirely state operated, having borrowed technical guidelines from UNHCR, but with no managerial involvement by UNHCR.  I question how long Turkey can sustain the cost.

7. Architects and designers focus too much on building technology rather than social systems.  A good example is a recent IKEA solution to refugee shelter.  I'm sure its fine.  Except it costs more to manufacture, import, and construct than any local solution.  Consequently the folks who really do the work in the field have zero interest in a slick pre-packaged technology for import.  It is just too expensive and will require complex logistics to procure and implement.  In the meanwhile clever designers churn out sexy new refugee shelter technologies every year.  This is a waste of time and money when you consider that an imported solution is impractical and the dominant socio-cultural/political/legal systems demand low-standard and cheap but scaleable solutions.

8. A massive communication gap exists between dominating entities and camp populations.  Most aid workers are afraid of the populations they are intent to serve.  Most aid agencies and UN operations maintain highly restrictive rules that negate interaction between staff and refugees.  UNHABITAT, for example, regularly plans camps using satellite images and locally contracted social research, but never actually make a site visit to talk to locals or see the terrain first hand.  This can have extreme repercussions.  The most dramatic example is from an Ethiopian friend who lived as a refugee in Sudan for 12 years.  He told me that a UNHCR director arrived at the site and was angry because the camp was built on a piece of land different from the location originally intended.  Why?  Because maps and satellite images will never be as accurate as boots on the ground.  Again, I feel the need to direct you to this previous article on infrastructure and conflict.

9.  Camps are isolated (for focus on service distribution) and cannot participate as viable economies. This is to further encourage repatriation.  It is also a xenophobic exercise to separate refugee populations from national populations.  But consequently, any camp-based economic development initiative will have a low ceiling of growth or will fail because there is no viable supply chain for production or transit conduit to export of commodities.

10. Residents (refugees) are forced to live in conditions that make them reliant on services, negating the opportunity to advance their own situation and simultaneously undermining the ability for return. The vast majority of encamped refugees do not want to be in this position, but do to legal and political rules, are restricted from any other path.  Typically to break out of this cycle requires extraordinary measures. For example, a Somali friend of mine was born in a refugee camp in East Africa, but at 20 smuggled himself all the way to Hong Kong where he lived as an illegal immigrant but eventually achieved employment and a better quality life. Of course another guy I know attempted to do something similar ended up imprisoned in Israel.

**Bonus**
UNHCR has zero accountability. If you ask a UNHCR professional about this they will disagree and say that UNHCR is accountable to the broader expectations of the UN or are accountable to the media and to the public.  But this isn't really true because a discontent public has no legal recourse to counteract UNHCR.  It is simply a brach of the UN, and does not go on trial under the UN system because there is no UN Court.  The biggest problem UNHCR can experience is a drop in donor funding, yet as UNHCR is primarily a political tool to exert outcomes derived by internal politics, there is little advantage in reducing funding.  Ultimately UNHCR can get bad press, but a donor still pays them for a desired outcome intent that the bad press will never come back to the donor itself.
at May 07, 2014