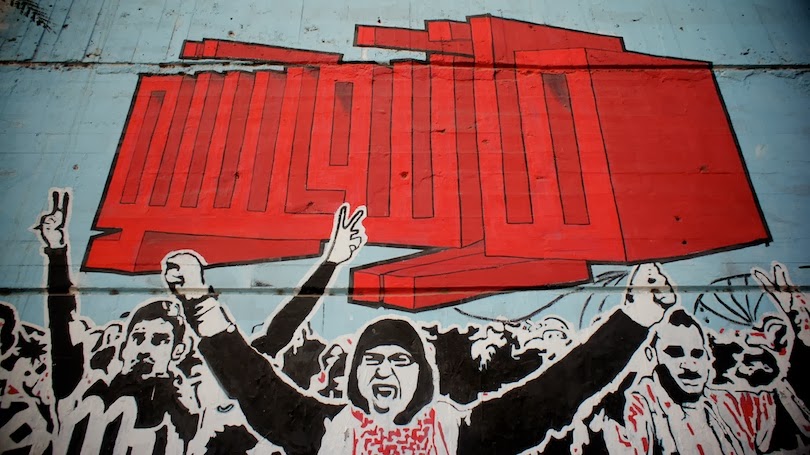 This last weekend I was in Cairo, Egypt thanks to a 12 hour layover on my way to work in Ethiopia. Having previously lived in Egypt, I was excited and nervous to see what developments have occurred in Cairo since the Arab Spring.  I must admit, I was somewhat disappointed.

Here is what I found:

One, there has been an incredible explosion of street art throughout the city.  Not only in Tahrir, but everywhere one can find evidence of artistic expression and protest.  This is rather incredible.  Below is a photo from the old social science campus for the American University of Cairo, located on Mahmoud Mahmoud street.  The quantity of texts and imagery that adorns the building is not unique, but such messages can be found elsewhere in the city. 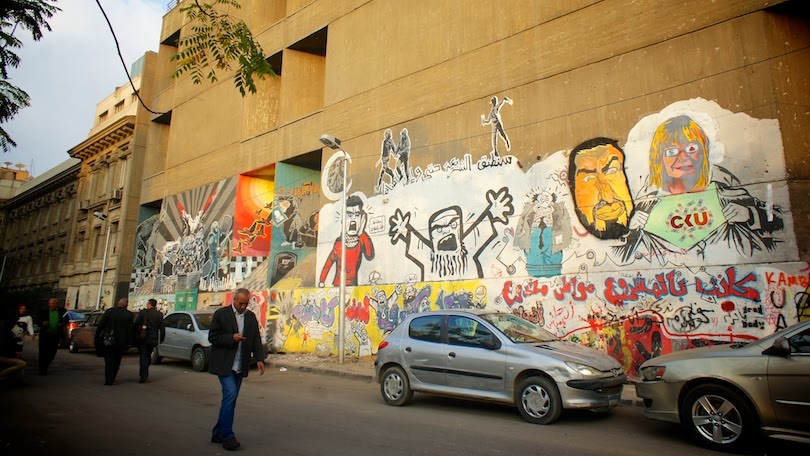 Admittedly however, Tahrir is the focus of more extraordinary works. On the wall of the original American University campus one can find massive murals and other large-scale works which are less clear in their political intent, but remain aesthetically striking. 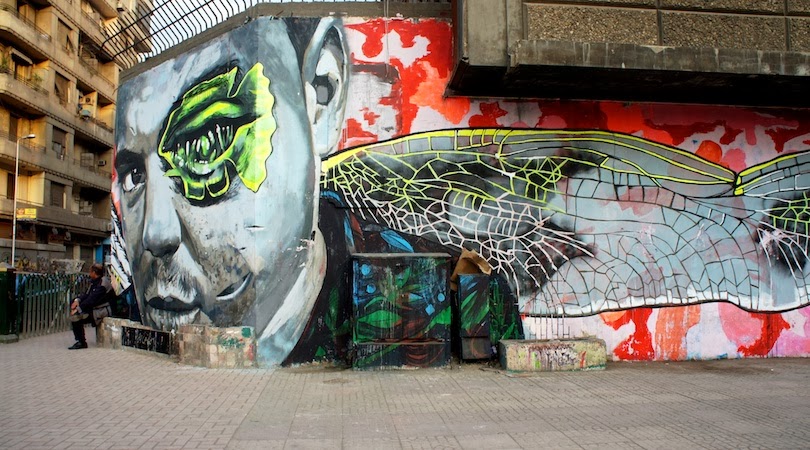 Beyond the presence of street art, near Tahrir is an extensive array of defensive fortifications.  Large concrete blast walls and stone structures are arranged for about 1 or 2 blocks in every direction around the Ministry of Interior.  Concave walls line some of the streets, striking because their design would be clearly ineffective against explosives (such as the role of the traditional T-wall) but make human access nearly impossible.  Furthermore, large steel gets have been erected near the Mugama on the edge of Tahrir which can be used to close access to the square. 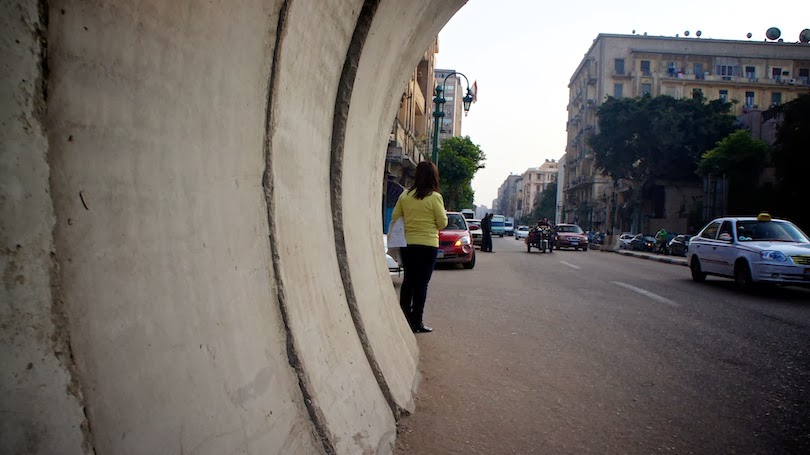 Yet beyond Tahrir, the city remains fairly unchanged.  Vegetables are sold, donkeys pull carts, and traffic barely moves.  Only one block from Tahrir, one can see that daily life has remained the same as before the uprising.  After meeting with some Egyptian friends, I voiced my concern that nothing has truly changed.  The jobs are the same.  There are still police posted on every corner.  There is still a large quantity of easily identified secrete police scattered throughout the city.  In terms of formal political systems, it appears no different than when I left in December of 2009.  They agreed. 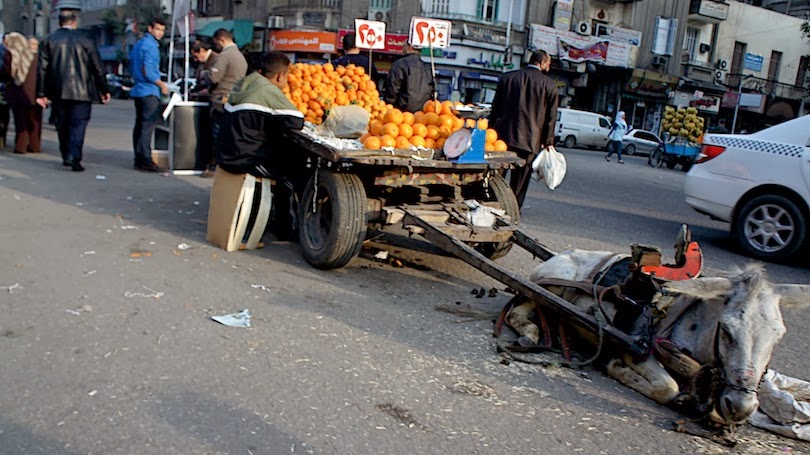 Yet one change remained clearly observable.  The divide between the rich and poor has continued to grow.  Outside the city in Qahira Jedida (New Cairo) the suburbs have exploded in size.  Massive malls, large water fountains, and sweeping grass lawns (in a desert!) stretch as far as you can see. There is even a massive, brand new Ikea located nearby in New Maadi.

In the meanwhile old Maadi, which has been the longstanding neighborhood residence of the elite, has grown old and tired.  There remain some beautiful houses, yet much of the neighborhood has lost its upper class allure.  The rich have vacated for the suburbs and the poor have struggled to fill the gap.

In addition, large scale construction projects can be found everywhere.  Capitalism has run rampant in the interest of the upper class.  Just below is  photo from Tahrir, where on the very edge, massive new office buildings are under construction. 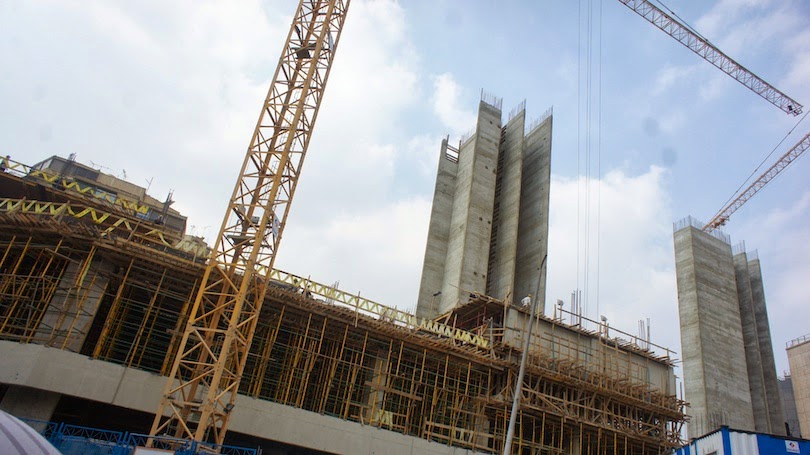 In the end, government has remained unchanged, the security of the common people no different, and capitalism has had its way.  Even the revolution has been co-opted.  Below is a photo-synth of 2 images I took of Tahrir with the Mugama in the background.  Perhaps the revolution was televised, but today it is bought and sold, to no benefit of those fighting for change.