The Linguistic Substructure of Cities and Settlements 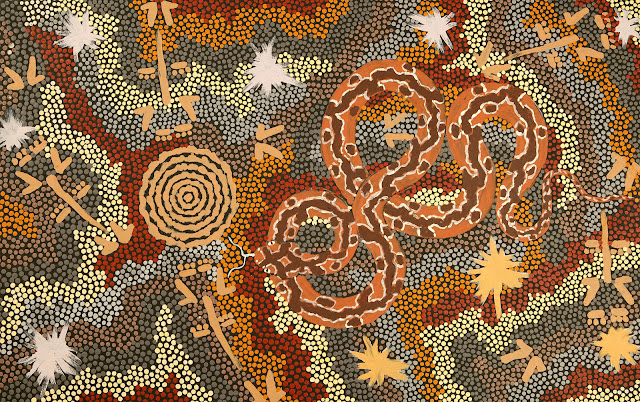 Does language affect the organization of urban settlements?  While culture or economics are typically identified as major variables in urban form, the impact of language on patterns of urban settlement remains unexplored. As social scientists have wrestled with the role of language in society for over 100 years, it seems bizarre that the subject has been ignored by urban theorists.  But before we can explore the possibilities, we must first ask, does language influence thought?

Early efforts to examine this question were based on ethnographic observation by western anthropologists who frequently lacked a sufficient understanding of the language they studied.  For example, it was thought by Warf that the Yonomami tribe lacked the ability to plan for the future because their language did not contain a future tense.  He argued the tribe remained "primitive" because of this linguistic obstacle.  But such arguments tend to quickly fail when applied to different geographies.  For example, Japanese does not contain a future tense, yet the Japanese have been leaders in developing technologies and modernizing the world.   Given the weakness of Warfian ideas on language, for many years it was believed that evaluating the role of language and thought was and impossible task.

However breakthroughs  have been made to understand the psychological impact of language on thought through temporal and spatial distinctions.  Differences in navigational ability and spatial knowledge of language have been discerned among languages that use absolute reference frames vs. relative reference frames.  For example, aboriginal tribes in Australia do not use words such as "left" or "right" but rather always indicate location according to cardinal directions of North, South, East, and West.  Consequently, speakers of languages that utilize absolute referencing have been found to maintain full spatial cognizance of direction and location, even in unfamiliar landscapes or buildings.

To realize the specific role of space and language,  I cannot but help look at Aboriginal art (as above) but through new eyes as every element exist within a specific spatial context.  Given that aboriginal art is frequently a representation of Dreamtime, and the living geography is conceptually mapped by Aborigines as manifestations of mythic dreamscape, who also utilize an absolute linguistic framework,  the artistic abstraction becomes concrete map, giving the viewer absolute location to a parallel reality.

The ability to interpret space is fundamental to understanding an array of social and cultural interactions.  It also is important to comprehend abstract concepts, such as differences in musical pitch or even the conceptualization of human emotions or time.  To test temporal progression, researchers provided test subjects with an array of cards and asked them to "lay the cards in order."  English speakers would lay the cards left to right, Hebrew speakers from left to right, and speakers of Kuuk Thaayorre arranged the cards from East to West, and depending on the direction faced by the person doing the task, shifted the cards accordingly (Boroditsky).  Furthermore, English speakers tend to conceptualize time as a horizontal process.  Mandarin speakers have been found to conceptualize time as a vertical progression.  English speakers often refer to time as a duration (a quick walk...) while Greek and Spanish speakers refer to time as a quantity (many hours).

Within the field of urban planning, there is a common discussion of urban form and also regional differences, such as the organic organization of Islamic cities vs. the traditional Roman grid plan.  To what extent do these distinctions have a foundation in linguistic differences?  In part would could hypothesize that he Roman grid is a necessity to maximize efficiency (perhaps a cultural value?) and avoid directional confusion in a society that utilizes a language with relative spatial framework.  If the language were more absolute, citizens would be able to rapidly navigate any possible road formation and reach their primary destination.

Research has also found that cities can shape language, primarily through social discourse, but can the urban experience of density and resource distribution effect language? Advertising and signage can function as a linguistic landscape, informing the urban environment, and reciprocally informed by context.  The city is not a blank canvas strewn with text, but rather, functions in relation to the text.

Ultimately, if language is the infrastructure for our ability to envision space and time, then it must be a substructure for urban settlement.  Exactly how remains unknown but I would love to hear from anyone who has explored the subject.  It would also make an excellent graduate thesis.