Crowdsourcing the End of War to Rebuild Cities in Conflict 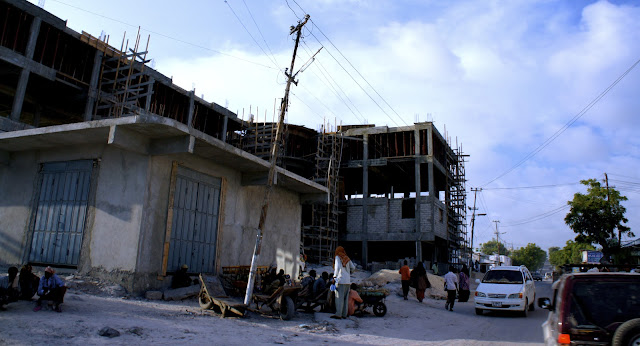 Gunfire and bomb blasts have a way of wearing one's nerves.  But sometimes the silence afterwards is more ominous.  And after the dust has settled and the guns are silenced, someone needs to walk into the street and lead the cleanup.  Someone needs to fill the craters, sweep up the rubble, glue the pieces back together, and build something new.  But glue costs money.  And people with money tend tend to avoid bomb craters.   When I first moved to Afghanistan, a suicide bomber attacked a police checkpoint about 50 meters from my house.  The explosion destroyed cars, shattered the windows of nearby houses, and left a massive hole in the road.  The hole in the road, where the man ignited his vest, is still there.

I no longer live in the same house, but I do occasionally drive down that road and I always look at the gaping pot hole.  I also tend to stare bleakly at all the other massive potholes in the city and wonder how many are a result of  bad construction and severe weather, and how many were a person.   Problems such as these are too small and decentralized to be fixed by the big contracting agencies that lead most reconstruction efforts today, but solving them is critical to moving the city forward from a phase of conflict, into a phase of healing and eventual renewal. Small and widely distributed problems need parallel solutions, but community mobilizing is limited if there isn't sufficient capital to actually do something.  The problem has weighed on my mind for years.

Then today I stumbled across Fundrise, a site that crowdsources real estate development by allowing thousands of investors to purchase a small share of the property and make a profit on its resale a few years later.  I immediately wondered if this tool for crowdsourcing real estate investment could be useful in development and conflict.  Of course I have immediate concerns about a bunch of people with expendable income using it to advance gentrification in low-income neighborhoods in Washington DC, and and am furthermore weary of applying the tool within fragile states because it would exacerbate the same problems.   But it could potentially offset my biggest obstacle in post-war reconstruction.

My biggest obstacle working in conflict is to procure sufficient levels of private sector investment.  The high risk can yield a high return, but the high probability of watching your investment explode is too much of a deterrent for the typical speculator.  Had I grown up in a wealthy family like Michael Stock, I admittedly would use a similar model as his company Bancroft International.  To function both as the security contractor and as a developer allows one to maximize profits and also hedge the risks of conflict.  But such organizations are not void of complications.   Personally I'm not too interested in the traditional methods of training soldiers for security, but it could be ideal too personally invest in the territories where my urban planning work is facilitating security and improving the local economy.


So what if I create a channel for anyone in the world to invest in real estate in Afghanistan, Somalia, Libya, Iraq or S. Sudan?  The small level of investment would be attractive because most investors would not be deterred by possibly losing 100 USD when the potential return could be 1000%.  No reason Bancroft needs to make all the money right?  The potholes get filled, the buildings rebuild, locals have access to new capital, and external investors make a profit.  The winnings are smaller but everyone gets a piece of it.

As a strategy to side-step the complex power relations that are incurred with such an investment strategy, the projects could be structured to function within a broader humanitarian initiative. Efforts could be coordinated with other strategies and planning efforts to rebuild a city affected by war.  Something would need to be done to contend with the tenure issues for local and IDP populations, as my greatest fear is that the land would be developed at a faster rate than the community can access and participate in the economic growth, thus further marginalizing an already vulnerable population.  Ideally these investments are directed in a manner to facilitate not only the physical rebuilding, but also the engage a greater variety of stakeholders in the reconstruction process, effectively reducing the role of massive international mega-corporations that tend to pop up in such places.

Clearly this proposal is a minefield of problems.  But it also just might clear a minefield.  Maybe I'll try it this summer.  Would you use it?
at May 22, 2013