Scaling Tools and Hacking Methods for Urban Development and Reconstruction 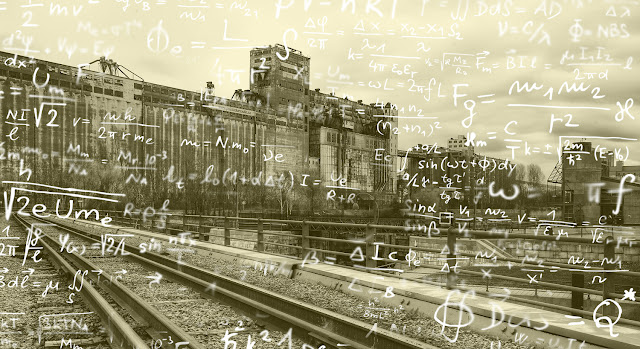 Case 1:
Last year an organization analyzing tribal conflicts in the Pashtun belt hired an outside consultant.  He had never been to Afghanistan before, had no familiarity with the issues, but had instead spent a lifetime studying patterns of gang violence in South and Central America.   I was optimistic about his role in the project as I hoped he would bring some keen insight and a new point of view that would revolutionize everyone's understanding of systematic violence in Afghanistan, creating a pathway toward viable solutions.   In contrast, the consultant made a series of irrelevant observations but charged a hefty sum, and left behind only a drained budget and a frustrated research staff.

Case 2:
In the latter years of Albert Einstein, he became obsessed with discovering GUT, the "grand unified theory" that will provide a scientific basis to create a total explanation for everything.  He approached the problem by trying to fuse theories on electromagnetism with relativity.  Not only did he fail in this endeavor, but his pursuit of it made him removed from the newer discoveries of his discipline, in particular the new field of quantum physics.

The Pursuit of Universal Solutions
I mention these two examples as a consequence of a conversation I had last week with a professor from Columbia University. At this moment I'm loaded down with some deadlines over the next few days so I have little time to spare, but with  a new project on the horizon, I called her hoping to find the cliffs-notes version on relevant industry toolkits and best-practices to save time and ensure success.  Surprisingly, she didn't really have any answers for me.

Initially I was annoyed, as I'm one forever interested in particular issues rather than specific geographies, and thus have a compulsion to study broad trends to glean useful cross-disciplinary and cross-geographic kernels of knowledge.  I too would likely have hired the Latin American violence expert for the project in Afghanistan.  In my own practice, I make a point to not be geographically specific in my abilities.  Yet over the last few days, my ideology has begun to shift.  Universality is a myth.

Institutions are forever trying to build toolkits to bolster resilience, establish sustainability, or ensure economic development.  Development interventions, such as technology and business incubators for economic growth are often formulaic.  Certainly these projects can succeed, but how often and under what conditions?  While these are valuable tools, one of the first rules of carpentry is to use the right tool for the job, so we must ask, are these the best tools available?  If they are the only tools, then we need to modify the tools we have to better fit the tasks at hand.

When I was a graduate student, I spent years examining the viability of Sphere Humanitarian Standards for shelter creation within protracted refugee settlements.  Sphere outlines methods for disaster relief and reconstruction, making it a fairly useful tool for cross-coordination among stakeholders and relief organizations in the immediate aftermath of a disaster.  At the time, I questioned if it was well suited for upgrading in displacement camps that had been in place for decades since the tool is also used in that manner by some ngos.  After conducting extensive field work in Dadaab Camps of eastern Kenya, I learned that Sphere failed to fully account or accomodate the complex socio-economic mechanisms that developed overtime within the camps.  Consequently interventions crafted with Sphere, when applied to long-term settlements, were foreign and arbitrary to the matured local systems.

Nowadays I question if the very essence of Sphere, as a framework designed for widespread and global application is perhaps entirely flawed upon conception.  While a tsunami will wreak the same kind of damage anywhere in the world, the levels of preparedness, the available social capital, and the legal structures in place will differ dramatically.  Within the current Sphere guidelines, it informs actors to examine and utilize local laws and customs but it does not explain how to do so.  How does this guidance, which is painstakingly obvious, actually helpful?  Rather than construct a universal Sphere, why not begin crafting Sphere guidelines at the country-level, so that all laws and mechanisms can be accounted and introduced in greater detail?  This will not work perfectly and an iterative process is also necessary on the ground, yet it will likely work better than the Sphere guidelines we have at the present.

Rather than focusing on the universality of our outcomes, we can better ensure our outcomes by refining the precision of our tools.  Are all intervention and research methods applicable anywhere?  One might initially think so, given that these methods are empirically designed.  Yet I would say otherwise.  Hence one cannot effectively conduct standard social research in hostile landscapes.  Due to the limitations imposed, the tools can become diluted to the point of uselessness.  For example, In Afghanistan, I would go so far as to say that all social research is flawed on account that it is "perception-based," which is nothing but a delicate phrase to describe indeterminable validity.

Researchers working in Kandahar and other regions cannot carry any mobile technology to assist in data collection.  Nor can they probe deeply in local issues (at risk of becoming part of the problem) or maintain strict oversight of the data-collection staff.  Individuals who are paid to provide responses have no incentive to be accurate or tell the truth.  Notably, people are often questioned on issues to which they have no direct knowledge or experience, so they can only provide assumptions or guesses as answers.

Conflict is not the only variable that shapes the effectiveness of our research tools and methodologies.  Language, social conventions, and insider-outsider relations all shape our abilities to do our jobs as researchers, planners, or policy-makers. This isn't new information.  These are typically the concerns discussed with an "Intro to Anthropology Class," but it is essential to question the foundations of our disciplines so as to avoid the pitfalls of chasing after a grand unified theory when the data itself is evident of something entirely different.
at April 27, 2013