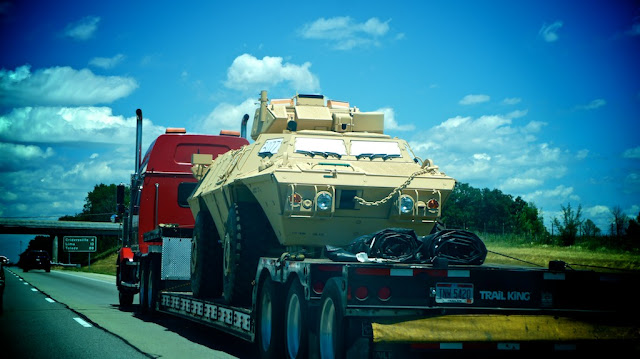 I've never been to a public hearing on zoning issues or argued with city council over a transportation project.  But I have spent my fair share of time negotiating access to local communities with militia leaders for research and drinking tea with warlords to understand informal justice systems.  Although trained as an urban planner to work in American cities with issues of sprawl, brown fields, and  economic development,  I ended up working with urban planning problems barely touched upon in grad school.

I am an urban planner who works in active warzones and complex environments dealing with issues varying from conflict stabilization to physical reconstruction. These problems  are layered, difficult to engage, and in great need of new creative ideas.  Most people think foremost about the physical risks of the job, but that is actually the easiest obstacle to bypass. Rather, the greatest challenges are usually more cumbersome, like having to decipher local power structures from within the surrounding chaos. After all  the people who appear to have the most decision-making authority and power rarely have the means to implement their will, the most powerful people are hidden from view, and the real stakeholders are somewhere hidden in the shadows.

Most of the planning literature available, both popular and academic, do not deal directly with the issues I face and therefore my toolbox is a collage of information drawn from multiple disciplines.  Yet am a frequent reader of major planning and urbanism sites, all the while asking, "how is this applicable to the work that I do?"  There is typically some level of application, given that cities such as Kabul, Mogadishu, Juba, or Abuja may be faced with the same problems in the very near future unless different kinds of decisions are made.  If we follow the recipes prescribed by planning texts books and academia, the problems currently found within  American or European cities will become the problems found in Africa or Central Asia very soon.

While I have the advantage of drawing on so much work and research from advanced economies and post-industrial cities, it seems not enough urban planners have the advantage of learning from cities in conflict.   I work in extreme conditions but many of the the lessons learned have widely applicable value.  Here are 5 lessons I've acquired over the years that I apply to almost every job and believe other planners should consider:

1. Organizational Structure.
There is a reason good planning dies just as quickly as bad planning.  The more sophisticated an organization, the more sophisticated the chain of command and the process for implementation becomes.  Likewise, complex plans require complex organizational structures and  long periods of time.  All plans are also resource exhaustive, but the more resources consumed, also the lower probability of project success and the higher probability organizational structure will modify the utility of the plan.

The most applicable plans are the ones that are so streamlined in their design that they cannot become contorted by the shortfalls of organizational structure, while also minimizing resource use.  These plans can also be tailored to accomodate the weaknesses of the organization and implementing partner so as to maximize efficiency.  In this manner, the plans become low-input and high-output with a higher probability of success.

2. Critical Points
If the water is dirty, the streets are broken, the buildings collapsed, the schools are empty, recruitment by militia groups have increased, and no one has any food, what do you do?  You could craft a project for each of the problems but nothing will change fast enough and new problems will emerge.  The solution is to design one or two small, focussed projects that can contend with all of these problems to some degree.  For example, the recruitment of children and the access to education are connected, likely this is also connected to transportation and possibly to food (perhaps the family needs the children to work).

Planners know how to do the research, so the trick is to find specific geographic locations where all the issues overlap.  Consistent with point 1, it is also important to consider each sector as having an organizational structure, so as to visualize how these dynamics interact in geographic space.  Sorta like working with 4-dimensional legos right?

3. Rapid Appraisals
Often in America it is easy to determine if you have walked into an unsafe neighborhood because of tell-tale signs such as broken windows on cars, drug dealers on the corner, and bars on the windows of every residence.  But what if your sense of danger is actually just an assessment of poverty or a subconscious racism?  Is this neighborhood truly unsafe, or do you only think it is?  Or more so, is it only unsafe for you and other outsiders?

In a very poor country it can be difficult to isolate an area as dangerous when the general level of poverty is extremely high and widespread.  To contend with this, rapid appraisal techniques have been around for decades, and while they are plenty flawed, they also are highly underused.   There is typically not enough security or means to conduct big surveys or arrange for community meetings, but decisions have to be made and time is not available.   Also big surveys are flawed, asking a family about monthly income says nothing about their comparative wealth.  The development of rapid appraisal techniques can save time and lives. Perhaps the wealthiest households all have walls of mudbrick while the others have wattle-and-daub construction?  Maybe the dangerous neighborhood is the one with no street vendors compared to the vibrant markets a few blocks away?  But maybe its just empty because everyone is at work?  The best thing to do is ask questions, develop a formula, and apply it.  It won't be perfect, but you'll understand the landscape better than your counterparts.

Social Conflict Indicators
4.  It has become common knowledge over the last few years in Afghanistan that fluctuations in market prices are frequently a tell-tale sign of impending conflict.  It makes sense however that farmers having difficulty getting their goods to market will raise their prices and violence is a viable obstacle.  But how does this apply in the US?  One thing I've noticed over the years is that place making efforts do not always align at critical junctures (see point 2), and yet if place-based development was tied to physical economic spaces, we could better determine future socio-economic trends.  Lets take more responsibility to create conditions as spatial tools for analysis.

The Political Minefield
5. I lived for many years in Cincinnati, Ohio where I repeatedly witnessed great ideas and proposals get watered down and drawn out until no longer important.  Attempts to develop the waterfront, to install street cars, and to renovate historic buildings have all but dissipated so that when the project actually happens, it is 10 years too late and a mere shadow of itself.  If these plans never see the light of day or emerge true to their intent, then I blame the planner, not the city.

First the planner should have recognized how the organizational structure of dominant power structures would manipulate his/her work.  Furthermore, the planner failed to acquire the moral argument and collective media support to direct the process from the outside.  When working in a war zone, there are plenty of bad ideas and plenty of poorly designed or executed projects.  Funds get wasted and corrupt individuals abuse the system.  But the sense of emergency and moral imperative that something must be done frequently overrides the political rhetoric and aggression.    Not to mention the role of the media frenzy in determining spending patterns or the popularity of a project.

Planners in the US could certainly learn something from this process.  By utilizing a morally superior vernacular to back their arguments and acquiring an observable network of support,  professional planners might be able to find the strength needed to get their projects through.  Isn't that what Robert Moses did?  He made a fair share of mistakes, but his influence over the city was not an accident.  Will this result in good plans?  Absolutely not.  But it also won't weaken the goods ones beyond recognition.
at August 15, 2012