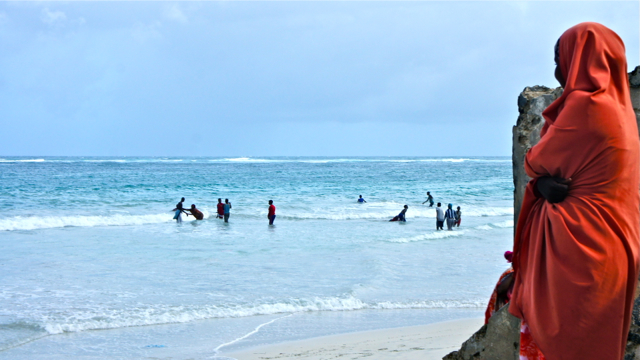 A lucky aspect of my work in Mogadishu is the ability to travel freely throughout the city.  With 16 districts in the city, many of them retain their own unique characteristics either inherited from history or newly developing amidst the current revival of the city.  A couple days ago, while meeting with members of the local business community, a successful restaurant owner showed me some of the other ventures he is developing.  One in particular had already caught my eye while rolling down the street. 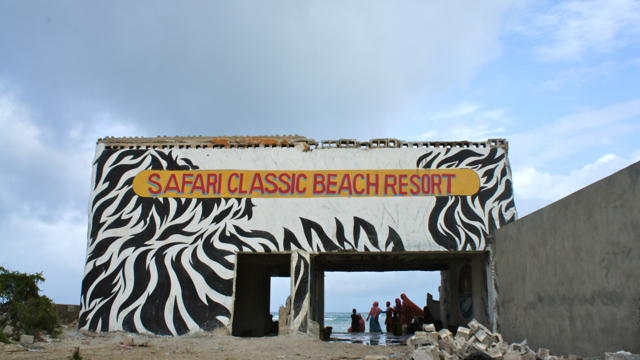 The zebra-stripped facade stands boldly from the ruined landscape.  In the neighborhood of Liido, across the street and down a ways from the restaurant Indian Ocean, the Safari Classic Beach Resort is a visionary step toward a future tourism economy.  The owner returned two Somalia from many years in Canada in 2009 and said that these days everything is dramatically different.  When I asked him if he ever plans to bring his children to Mogadishu he looked at me with a smile and said "they will be here in two days!" 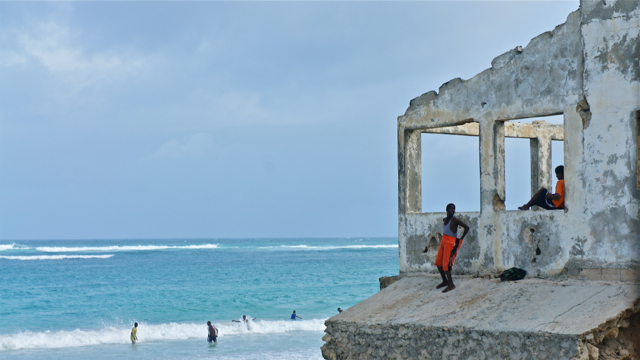 We walked around the grounds of his new establishment toward the ocean.  The sand was covered with boys playing soccer while young girls ran into the crashing waves.  The air was warm and the water was cool.  Apparently where we stood was once occupied by some of the largest mansions in Mogadishu, and today, it is simply a popular place for recreation.  I have no doubt that this can become a big tourism hotspot.
at July 20, 2012