Outlook 2012: Innovative Education and Post-War Reconstruction in Afghanistan and Somalia 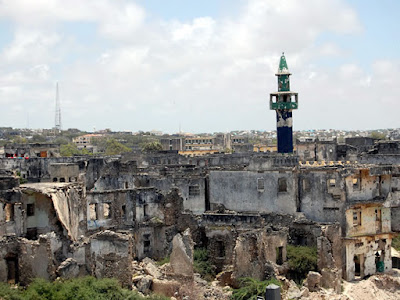 I'm excited as the InnovationLab at AUAF is about to take off this spring, with exciting student-driven projects.  InnovationLab is committed to students integrating multimedia, communications, and GIS technology to document, analyze, and solve problems in their own communities.  Utilizing Tilemill,  tiles from Spatial Networks, Walking Papers, and a donated software by ESRI, students will be able direct their own neighborhoods, assess their own self-constructed databases, and explore innovative solutions to the structural urban problems that impede their daily lives in Kabul.

Likewise, with ongoing defeat al-Shabaab in Somalia, the city is left in shambles amidst a sudden moment of stability.  With the sudden change, thousands of Somalis have returned to Mogadishu, anxious to rebuilt their city.  Although many have voluntarily worked to clean the streets in hope of resurrecting the infrastructure, there is a clear demand for technical services and expertise.  With such critical timing, I am looking forward to initiating and overseeing a series of projects in Mogadishu this year in cooperation with several to-be-announced partners.  Together we will work to reconstruct the city infrastructure, its economy, and its social fabric which had been severely downtrodden by decades of war.

Other projects in East Africa for the year are in the pipeline, so stay tuned.
at January 08, 2012