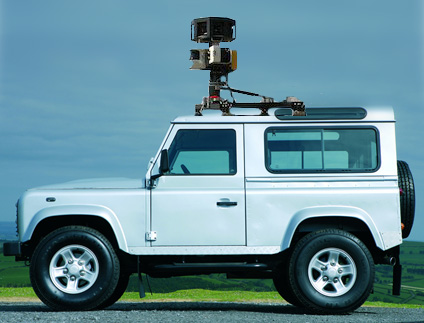 NGO's often ask me to help them interface new technologies with current operations.  Sometimes accomplishing this goal is a simple matter of providing staff with some technical training.  On other occasions it requires a modification of data collection methods, database construction, and the organizational structure.  These tasks are not necessarily complicated, but they do require some imagination on behalf of the organization to ask probing questions about what is and is not possible in their organization.  This is particularly true when it comes to processes of data collection.


Within a humanitarian crisis, advance understanding of the geography makes all the difference among first responders.  But too often the situation is different upon arrival than had been expected.  Especially when faced with a natural disaster such as an earthquake when buildings collapse and road are uprooted.  Even when decent 2d maps are available, they only portray a fraction of the information necessary to situate logistical lines of operation.  First responders relay information back to headquarters, but I suspect that with ongoing technological developments, this can take place faster and better. 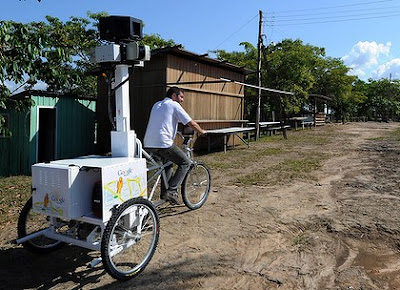 Google is well-known for their data-collection cars, equipped with fancy cameras by companies such as Elphel and Sick AG, roaming city streets to compile imagery for Google Street View.  Most of the streets recorded are major cities throughout western countries, but there have also been experiments utilizing snowmobiles and tricycles to collect the same information in difficult terrains.  Understandably, these systems are cost-prohibative for an aid agency, not only in terms of actual equipment, but also for data transmission, image compositing, database construction and the staff necessary to put everything together. It would seem an organization would need to function at the scale of Google or at least in partnership, but there are already many private companies out there - such as Cyclomedia and ImmersiveMedia- who conduct such work.  If aid agencies were able to have a navigable 3d rendering of a crisis immediately upon arrival, it could change everything.

So how can we scale this to something smaller and cheaper?

In terms of digital 3d scanning, there might be options in the near future as experiments continue with the Microsoft Kinect.  Originally intended for video games, Microsoft has been surprisingly "hands-off" about letting others hack and explore the device.   Archeologists are already beginning to explore utilizing the device to scan archaeological digs for analysis.  At the moment, the utility of such a device is limited to small spaces, but hopefully in the near future, the simple mounting of such a device on top of a vehicle could permit immediate digital scans of disaster sites upon arrival.  At present the tool is clearly best suited for reconstruction efforts, but as the resolution increases in the next couple years, the tool will be better formatted for humanitarian emergencies.


Likewise, at the very minimum, increased use of passive video collection by first-responders could provide headquarters offices a tool for marketing and communications.  Cheap and easy, the simple mounting of cameras to vehicles or clothing could rapidly collect information for digital late-night upload with no difficulty. Ranging in shape and size, bodycams/handhelds/and helmet cams have come along way since popularly used by extreme sports enthusiasts in the 1990s, opening the door for widespread application.  When I once worked on a project of a the Ohio Department of Transportation, I was surprised to discover the ODT had a collection of video footage of every roadway in the state.  Why can't an aid agency collect the similar information for all areas of operation upon arrival?

At the smallest personal scale, advancements in mobile phones and phone cameras provides the means to crowd source visual data collection.  On an individual level, mobile applications such as Fulcrum permit a means to collect geocoded photographs with customizable forms for databases.  With upcoming versions of the application to include audio and video, agencies have a rapid means to collect the information necessary to increase the efficiency of their response.  As the mobile device automatically synchs with the database in the cloud, any agency or individual can quickly and seamlessly integrate realtime video footage, photographs, and survey-style data collection with their preexisting information, providing a richer information system for management and planners.
at January 12, 2012