Massive riots in the UK.


Uprisings in the Middle East and North Africa.


Conflict and famine in the Horn of Africa.


Poverty and conflict in South/Central Asia.


The situations listed are all unique, with individual drivers, contexts, and actors.  Yet there remain consistent trends among these situations.   It is easy to quickly fall into a Marxist critique of all situations, wherein the conflict is described by class battles, especially considering how insecurity and poverty are strongly correlated.  One can see from a map of wealth distribution in London (the bluer the richer, the more red is the most poor) that the riots are most concentrated in low-income neighborhoods.  Yet as riot participants are mobile, it is difficult to determine from afar who is participating etc.  A broader picture of riot-related activity may reveal that the mobility of its participants and the broad distribution of activity negates the viability any land-use/gis analysis.


The UK is generally considered to have a stable and accessible government with a low corruption index and is considered one of the most developed nations in the world.  Consequently, one can only assume that the the riots are grounded in stresses between internal social structures, and is likely based on a socio-economic dilemma.  All nations suffer from such conditions, but in general, the international community would become distraught if the UK government attempts to suppress the riots through aggressive or military intervention, as has been the approach to suppressing protests and social upheaval in Syria, Libya, Iran, and so on.  Consequently the government has been left to explore other stabilization options, such as technology-based solutions and an expanded police presence.  It is reasonable that the government would implement a large body of force to secure the city of London from future disruption, but then what?  How do things change so that it stays pacified and such events don't happen in the future?

Theorists and practitioners always want to determine and address root causes. The greatest difficulty is that is it nearly impossible to determine why the riots are taking place.  If one were to ask 100,000 rioters why they are participating, there would be 100,000 responses.  Responses could vary from deeply rooted experiences of social strife and racism, or for many, they could simply be youth looking for a good time who want to steal a television or get  a new ipod.  Consumerism and "first world problems" concerning cultural identity and alienation could be a major undercurrent.  Regardless of the reasons underlying the riots, the question emerges, is there an alternative way to pacify and avoid future riots?

An urban planning approach would advocate the fusion of participatory processes with local community institutions to create pathways for social mobility,  community cohesion, and economic growth.  The difficulty however is the determination and mobilization of viable institutions.  Many classic institutions - such as churches, schools, and local government - simply lack the capacity to facilitate any real change.  With the constant slashing of institutional budgets offset by raising demands in services, one could argue that the riots taking place in the UK are not the consequence of poverty, rather that the riots are the consequence of incapable local  institutions.  Such institutions are not inept, but in contrast are merely unable to accommodate demands. 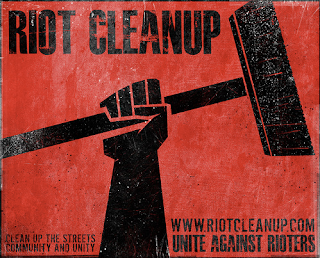 One could change this situation in a variety of ways.  There could be an effort to return classic institutions to function on par with demand.  One could also work to create new institutions altogether, although this often requires new infrastructure such as sports facilities, buildings for meetings and administration, recreational spaces.  Even if consumerism were a driver of conflict, are there shopping centers and jobs for youth to indulge themselves?

Unfortunately no matter the approach, it requires resources to be injected into the community.  To measure the amount of resources injected in relation to the rate of absorption and local re-production reveals that any viable solution will also require a sufficient body of time.  Ultimately the only way to offset that time-demand is to quickly allocate and facilitate the already functioning nodes of production (churches with successful youth groups, community outreach programs, amateur sports leagues).  Of course this is easier said than done, and it still requires a vast supply of resources.  But in the end, good governance is not enough, as a community needs not only a shelter over its head, it needs to stand on a strong foundation.
at August 12, 2011