#Stuxnet lessons for Urban Planning in Conflict. 1 of 2 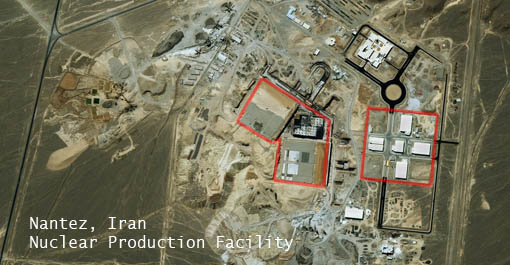 In July 2010, the Stuxnet computer worm surfaced as a powerful destructive force that targeted specific industrial systems.  While most computer attacks are constructed to exploit the weaknesses of Microsoft systems, Stuxnet is unique because it functioned on 3 different layers.  It used Windows OS in the intial stage and then  transfered to another operating system, Siemens WinCC or PCS7. After installing itself on WinCC, it then installed itself on a PLC device (Programmable Logic Controller).  PLC's are basically small computers designed to operate industrial equipment and generally do not receive commands through a network.  Although all the details of Stuxnet are not determined, it is clear that it sought PLC's with the intent to control frequency converters and thus modify the speed of mechanical motors. Stuxnet also relayed false information to monitoring devices so that everything appeared to function as normal.  Upon discovery many feared that Stuxnet had the potential to bring global industry to a halt. 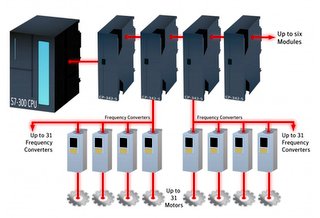 Impending doom is never appreciated, yet in the case of Stuxnet, it was also quite unlikely. Remarkably, Stuxnet only affects machines with particular characteristics and that do specific tasks and there are few industries in the world that contain such characteristics.  It is believed that Stuxnet was created by a western government to undermine Iranian attempts to create nuclear materials for combat purposes.  Some suspect Israel, others the United States, yet the designer of of the virus is completely indeterminable.

What is apparent however, is that the creator had expansive resources, a specific objective, and was faced with significant limitations.  If destruction or at least the tampering with Iran's nuclear facilities was the intended objective, the designer had to create an streamlined yet sophisticated tool to modify the mechanics of uranium enrichment.  Most importantly, this enrichment system is not accessible online, and attack had to be introduced at the periphery and then distributed through continued USB use and internal networks.  The virus likely reached its final objective, considering Iran began having difficulty in May 2009 with operational centrifuges (IFPM Report, 17).  Stuxnet was only noticed a full year later.  Roughly 1/5 of their centrifuges were destroyed.


Stuxnet, Urban Planning and Conflict Stabilization
Urban interventions confront a variety of constraints and limitations, such as limited budgets, poor communication and disruption among social groups, and lack of capacity for implementation.  At all times, urban planning also has to straddle the void between top-down 'expert' interests and the will of the 'bottom-up' community.  No matter the situation, Urban Planners nearly always use the same problem solving strategies.  Planners consistently rely upon a Logical Framework Approach or combine this with Participatory Action strategies.  These strategies are typically sufficient, yet there are many times in which the obstacles are too large or the network of contributing factors is too complex. 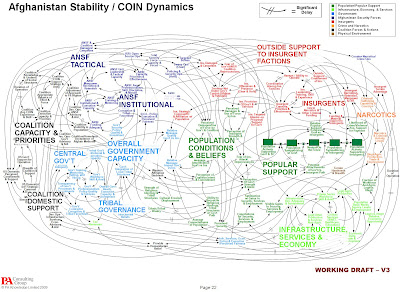 I recall an architect who constructed IDP shelters in Somalia. She said that she "didn't bother asking people what they need or want because it is a waste of time, she just gave them the best solution" and when I asked about that solution, the area was first bulldozed of all surviving vegetation, drawn into a grid and an Australian engineer introduced a concept for mud brick houses.  Local acts of violence escalated shortly after as no one had shade from the hot desert sun and small fights between frustrated youth grew into tribal combat. When the houses went up everyone was relieved until families began to die from collapsing structures. Of course the architect wasn't around to witness the consequences of her decisions as she had already moved on to other projects.  Clearly, the most direct and expert-oriented solution is not necessarily the best solution.

Looking at Stuxnet, I see a product that imitates a perfectly constructed urban planning intervention. Severely constrained by technology, geography, and security, destruction at the Nantez nuclear production plant required a clever, unorthodox design and  streamlined  precision.  The designers had to work as a team to mobilize dispersed resources, to consolidate those resources in a fashion that could penetrate a complex network and accomplish a specific objective with re-percussive impact.  Although Stuxnet was introduced at a single point, the fluidity of its design allowed simultaneous access to multiple communication networks, applying to those that fit the targeted criteria and skipping others. At its end point, it made only minor tweaks to an already existing process, barely noticeable to the population yet large scale in consequence.  How can Urban Planning function in a similar manner? Planning interventions within conflict could greatly benefit from the lessons of Stuxnet.
at July 14, 2011