#Stuxnet Lessons for Urban Planning 2 of 2 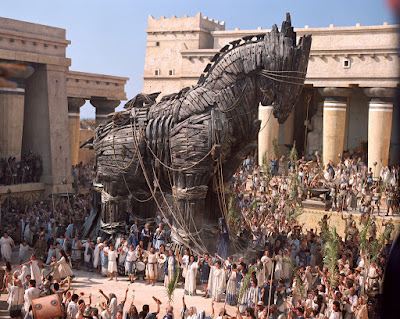 In the previous post I gave a brief overview of how Stuxnet worked and discussed some of the perils Urban Planners face within complex conditions, notably within conflict.  Below is a closer look at how Stuxnet can apply to urban planning. 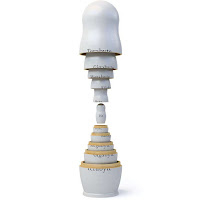 1. Stuxnet was designed and operated reflexively, rather than strategically.  Its code was structured like a Russian doll, with one layer contained with in another, and so on.   Configured as such, it had the ability to continually unload an additional set of internal tools when the situate presented itself.  Yet when the conditions were not present, the structural integrity remained intact.

2. Stuxnet not only penetrated multiple systems, it provided opportunities to change in response to those systems.  The code maintained a series of entry points in the event that the present layer of the 'russian doll' doesn't quite fit the conditions.

3. The systems exploited by Stuxnet varied in Code (as operating systems) and as networks (peer-to-peer, hardware based, intranets, closed and open systems).  It jumped between code and network style, adapting to not only new terrain, but new communication protocol.

4. Spend less time attempting to building sectors and invest more time into the linkages.  Embedded within Stuxnet were three different layers of code to exploit three different situations.  It used the connections between Windows OS to Siemens and then to PLC.  Its primary set of tools took action at the final stage.

5. Identify target indicators within those linkages, but these indicators  must also be 4-dimensional.

6  Stuxnet simultaneosly spread through multiple networks so that points of failure were inconsequential. While the mechanisms of the intervention may be complex, the linkages need not be.    If an intervention is crafted upon a continuous series of dependent variables, it will not succeed.  If an intervention directly impacts multi-sectoral linkages and multiple locations at different points in time, it will have a higher probability of success.  It may require fine tuning in some locations or at some points in time, but such changes need only be subtle and responsive.

The greatest difficulty of behind planning an urban intervention while utilizing the Stuxnet approach is the challenge of measuring the impact of the plan.  Stuxnet was designed to relay information back to some website databases, yet working in a community does not provide the same immediate information supply. Rather one can only measure the impact of the project by assessing the actual problem at hand, such as fluctuations in conflict, market stabilization, transportation flows, and the production of goods.  The problem emerges when specifying causality, specifically connecting the value of the project to the mitigation of the urban problem.   Certainly it can be done, but it will require creative thinking.  After all, if one simply continues to add more layers of indicators, markers, measurements, links, etc. to the production cycle, the project will lose its streamlined sophistication and  become too self-burdened to operate efficiently.
at July 19, 2011