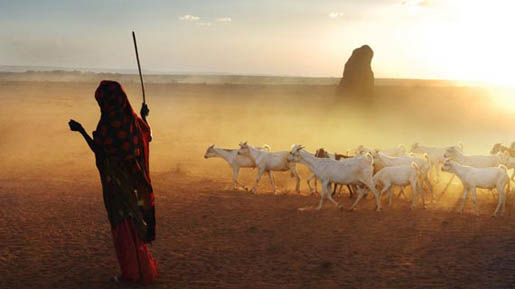 The last few days in Somalia have been like any other - hot, dry, and dangerous.   The aggressive drought has displaced thousands, crowding the Dadaab camps and bringing the ongoing humanitarian crisis to an unprecedented level.  At the same time, it is clear that the US government is slowly focusing more attention on the region, recognizing the increasing threat that this nation poses to international stability.  Here is a quick overview of current conditions.

Drought
The drought has continued to devastate Somalia to such an extent that al Shabaab has even welcomed aid agencies to return to the region.  While agencies such as WFP are mobilizing, it doesn't appear that everyone got the message, as some Shabaab fighters have continued to capture aid workers.  The question remains if Shabaab will continue to have the significant power to administer the region, as head commander Ahmed Abdi Godane discussed problems the group is facing on a Shabaab friendly radio station.

The current dry spell is far worse than previous years, such as th early 1990s, as there is no longer any alternative infrastructure to absorb the catastrophe.  Although the western regions have seen a little rainfall, the Juba valley remains dry. While international agencies scramble for access, the TFG finds it has too little resources to make an impact, evidenced by TFG soldiers offering their own paychecks over to afflictedfamilies. While over 350,000 displaced people seek protection in the Dadaab refugee camps, the population will likely continue to increase as nearly 75% of the nations harvest is expected to fail.

US Intervention
CIA conducting interrogations in Somalia.  As shown within a recent congressional hearing, the US Government believes to officially recognize the  strengthening  regional links between Somali militants and al Qaeda and the devastation of the nation is globally permeating.  he CIA have been increasing their presence and interventions in the region, most recently training TFG soldiers in counterterrorism strategies and intelligence collection.  Many of the interrogation practices are supposedly undertaken in an airplane hanger adjacent to the airport and in the basement of the TFG's National Security Administration.  The NSA basement has a long history of abuse and torture, infamously known as godka, the hole, while under the rain of dictator Siyad Barre.

In related news (ambushed convoys), it was confirmed that the helicopter attack near Kismayo was actually a drone attack upon an al-Shabaab convoy, targeting and killing on of the top leaders, Ibrahim al Afghani.

Media
Below is a brief video from BBC.  The story is covers the general state of conditions but the footage is quite strong.  The beginning features a spectacular flyover of Dadaab.