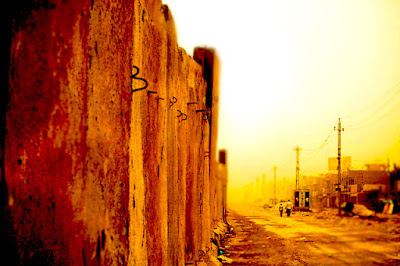 In the last few days, as I've finished writing my upcoming piece on the Architecture of Conflict and Militarization in Somalia, it occurred to me that more attention needs to be brought to some of the books published on this subject.  Scholarship within this domain is still in its infancy, however, there are a few works that merit special attention, either for their groundbreaking  investigation or their brilliant analysis.  Below are the three I've most recently read, although the list is far from comprehensive.


This book was recommended to me by Dr. Adrian Parr, author of Hijacking Sustainability, and I am very glad to have followed her advice.  Hollow Land has become my favorite book in several years, as Weizman masterfully illustrates how the military history of Israel has been channeled through urban planning and architecture for territorial expansion and the oppression of the Palestinian people.  Well research and artfully written, Weizman traces the use of new settlements, zoning laws, inequitable developments in infrastructure, and architectural design as mechanisms of control.

Cities Under Siege: The New Military Urbanism
Stephen Graham 2010
Graham traces the development of the city as a conflict zone, identifying trends of surveillance and militarization within the urban fabric.  Overall, this book has rather 'high-tech' demeanor, something akin to the aesthetic of Blade Runner.  Written in a straightforward, academic manner, Graham efficiently illuminates the integration of terrorism, militancy, and security within the urban and economic geography of the contemporary world.

The Destruction of Memory: Architecture at War
Robert Bevan 2007
Although war always creates collateral damage to the environment, Bevan argues that contemporary warfare has increasingly targeted Architecture as a means to defeat the enemy.  With a great deal of focus on events in Yugoslavia and the actions of totalitarian regimes within China and Afghanistan, Beven identifies the role of Architecture and its destruction within the social consciousness.  He further investigates  the inherent processes of destruction within modern efforts to reconstruct the post-conflict landscape.

Violence Taking Place: The architecture of the Kosovo Conflict
Andrew Hersher 2010
Hersher has worked for the UN Tribunals in Kosovo, examining the manner in which architecture was explicitly appropriated, destroyed, and utilized as a tool of war and power.  I've only recently picked up this book and haven't gotten too far into yet, but already, I can say it is highly recommended.
at May 06, 2011