Movin' with the beat

I've been a little quite again as its been difficult to write any captivating posts lately.  Everything is constantly in that "in between state."  I guess this is okay though, as its really just a matter of transitioning from one set of life circumstances to another.

I've continued contact with Samasource, and while I don't want to state anything prematurely, I believe that the relationship is unfolding well enough and its possible that I might end up in Kenya soon enough.  This is a transition I really look forward to, considering how much I enjoy African societies, cultures, and languages.  I've been in contact with an array of friends in Nairobi, and am working on making some new connections at this time. 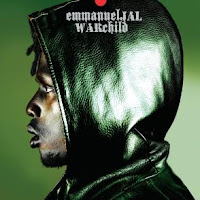 One new project that I have been working toward actually concerns my side hobby of producing hip hop music.  I had recently learned of a new record company, Gatwhich Records, founded in Nairobi by hip hop artist Emmanuel Jal.  A former child soldier in Sudan, Emmanuel has been touring and recording albums within Europe and America for several years now, his most recent release,  Warchild, is a favorite in my collection and highly recommended.  Anyway, I contact the record company he recently started and they are interested in hearing some of the music that I have been recording in Cairo for the last year.  As I might be moving to Nairobi within the next few weeks, this could be a good opportunity to further expand my recording project, as I hope to work with more hip hop artists across the continent.  If possible I would really like to use this as an oppurtunity to showcase the guys that I have enjoyed working within over the last year in Cairo.

To share some of these recordings, I recently uploaded more tracks to my Youtube account.  These are not music videos per se, but simply a few photographs taken by my Australian friend David Lazar (this guy is an international award wining photographer, so check it out!!!) of the guys, with the camera panning and the music playing.  I am attaching below a sample clip of my recent production with Slim J, called Number One Romeo.  This is definitely one of my favorite songs.